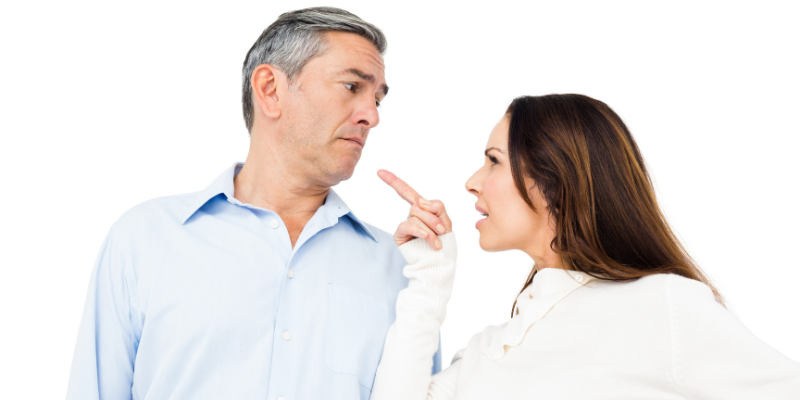 The U.S. defamation trial between celebrities Johnny Depp and Amber Heard revealed the complexities of defamation law for domestic abuse survivors and perpetrators. As we saw by the intense public interest and media coverage of the trial, in our society people are prone to making judgements - without knowing the facts - about whom to believe in domestic abuse cases.

In reality, and not specific to the Johnny Depp-Amber Heard verdict, both spouses are equally capable of making false accusations and both spouses can be victims of domestic abuse (physical, financial, verbal and emotional), regardless of their gender.

Defamation is a complex kind of civil lawsuit where the accused person is claiming there were false accusations and is seeking compensation for harm to their reputation and employability. Every defamation case is unique and must be addressed on its merits, not by what is a popular or ‘politically correct’ opinion.

In this article, we discuss key considerations behind false accusations, defamation cases and what they entail.

FAQs About False Accusations and Defamation

Defamation is harming another party’s reputation by making a false written or oral statement about them to a third party.

There are two types of defamation:

A person, business, organization, group, nation or product can be a victim of defamation.

How is Defamation Proved in Alberta?

Alberta’s Defamation Act defines what is considered defamatory, the potential damages a victim can recover and the possible defences for the accused.

For libel, the accused doesn’t have to prove they’ve suffered damages, but they must prove an untrue statement was made about them to a third party. In the case of slander, they must prove damages were suffered.

Successfully winning a defamation case is challenging because you have to prove an “ordinary reasonable person” would consider the statement defamatory. And in general, with spousal defamation, it is difficult to assess the extent of the harm done to an individual’s reputation and employability.

In the case of divorce or family law cases, there may be a claim for defamation made to third parties, but the courts have sometimes cautioned that there are policy reasons for discouraging parallel court proceedings.  However, if defamatory statements to third parties during the breakdown of an intimate relationship, it may be important to bring this to the court’s attention in one way or another.

Is Defamation a Criminal Offence?

While the majority of defamation cases are civil, if a defamatory statement incites hatred, contempt, or ridicule, it may induce criminal penalties.

Sometimes, a spouse will make false accusations to win a custody battle, to force their spouse to leave the family home, to get a higher divorce settlement or to get even with a spouse who wants a divorce.

No matter how painful a divorce may be or how angry you are with your ex, false accusations have serious consequences to the accuser and the accused, and to their families. Falsely accusing someone of crimes or abuse out of vengeance, for example, not only hurts the accused and your family, it hurts the struggles and credibility of real victims, especially in the case of domestic abuse.

What Are the Risks and Penalties for Defamation?

Determining that a spouse made false accusations about their ex-partner and being found guilty in a defamation case comes with serious consequences that can deny the false accuser spouse their equal rights to children and family property.

Falsely accusing someone or being charged with defamation carries significant reputation risks for both spouses. Defamation cases can affect your children and families, employment opportunities and a community’s perception of both spouses.

I’m Worried My Spouse is Going to Make False Accusations Against Me, What Should I do?

It is best to seek legal help if you think your spouse is making or will make injurious statements about you. How you go about raising the issue may have a profound impact on your case. In a recent Alberta case, a father threatened to sue his wife for defamation during their child custody battle.  The court said that it did not regard this as material to its decision about the child custody decision, but the father’s communications generally were found to be manipulative, controlling and argumentative. This may well have been the critical factor that tilted the case in favour of the mother.

Depending on the type of accusations made, a criminal or civil lawyer can

Is There A Way To Prevent Further Reputation Damage During a Defamation Trial?

During your marriage or divorce process, it is possible to have a non-disclosure agreement (“NDA”)  or Confidentiality Agreement. ordered by the court to protect your privacy and ensure certain information pertaining to finances, business and children remain confidential. A non-disclosure agreement is a contract between two or more people that has significant financial damages if one person breaks the NDA.

If your defamation case against your spouse goes to court without any type of confidentiality agreement in place, generally the information is public record.

If your spouse will not agree to sign a confidentiality agreement you can apply for a sealing order with a court under the Courts of Justice Act.

Does My Spouse Have Freedom of Expression Rights to Defame Me?

And, if what you say is false, you may face serious legal and criminal consequences for making defamatory accusations against a spouse or ex-spouse.

Celebrity defamation trials are not treated the same way as ordinary persons. This is because public figures have the power to generate, shape and participate in public discourse beyond regular individuals. For instance, they can secure a media interview to rebut contested allegations without assistance from the courts.

Courts also consider the reputations of public figures less deserving of legal protection. This sounds harsh, but those who enter the public arena assume a higher threshold for defamation. Consequently, they should be prepared for both positive and negative press associated with fame.

Should I Sue for Defamation by My Spouse?

Anyone who thinks they’ve been defamed can sue. However, there are a number of critical considerations, including how it may affect your family law case.  In some cases, it may be sufficient to raise the issues in the family law proceedings especially if the defamation has resulted in a loss of employment or other financial loss. Bringing a separate case for defamation may be regarded poorly by the family law courts.

While hurt feelings and jabs at your reputation are an unpleasant experience, false accusations and defamation by your spouse is a cause of action that should be carefully considered and actioned only if the defamatory remarks cause serious damages.

Whenever someone makes serious false accusations against their spouse or their ex during the marriage or divorce, finding a resolution is expensive, time-consuming and highly stressful for both individuals. More often than not, false accusations by your spouse and defamation in Calgary form the basis of civil lawsuits and don’t go to court; instead, they are settled during the divorce process.

There are several legal defences against defamation; however, you should consider all factual, evidentiary and financial factors. An experienced lawyer can thoroughly advise and represent you throughout the process.

Calgary lawyer Charles Fair is uniquely qualified to represent individuals who are falsely accused by their spouse. Many lawyers cannot represent their clients in both criminal or civil and family law cases, such as with false accusations by a spouse during divorce. ​​The Fair Legal team uses a multi-disciplinary, holistic perspective to work collaboratively and professionally with opposing counsel and litigants and when negotiated resolution is not possible, will advocate zealously in the courts with integrity, honour and courage.

Fair Legal handles all types of legal matters to protect you, your children and your property. Contact us at (403) 239-2249 to schedule a confidential meeting with a member of our legal team.