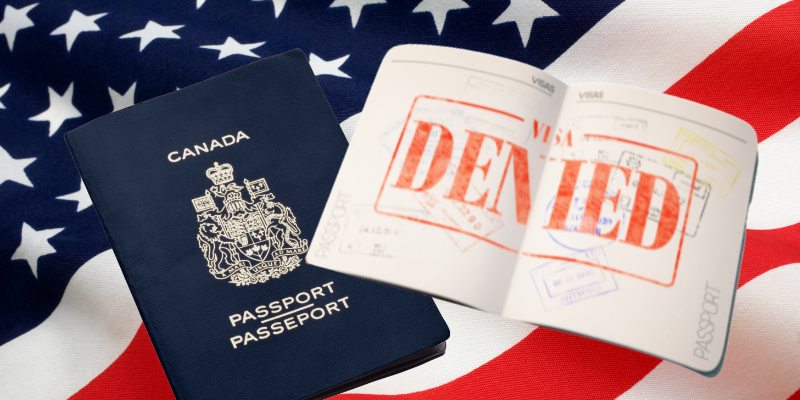 Do you have a DUI, marijuana or other criminal charge in your background that is preventing you from travelling to the United States?  Criminal records almost always stop Canadian citizens from entering the United States, regardless of how minor the offence is. This includes individuals who have not yet technically been convicted, have a trial underway or a warrant for arrest, as well as someone whose criminal record was pardoned.

The stringency of these laws means charges no longer relevant, such as a marijuana charge pardoned when cannabis was decriminalized in Canada (2018) will, unfortunately, still show up on your record when you try to cross the border into the United States.

Even a criminal conviction dating back 30 to 40 years can still prevent you from travelling to the U.S. for business and holidays and even passing through the U.S. for a flight connection.

While Canadians do not typically require visas to enter the U.S., you can be determined ineligible to cross the border for many reasons due to a criminal record, including:

The U.S. Customs and Border Protection (CBP) and the Canada Border Services Agency (CBSA) electronically share traveller and criminal history data related to border crossings of U.S. and Canadian citizens. So, once border officers pull up your criminal record, even if it was years ago, pardoned or if you were charged but not convicted, they can see your conviction, sentencing and any non-conviction charges.

Border agents can also save your records to their database, so if you are denied entry and attempt to cross the border again at any port of entry, you will immediately be flagged. Even if you have crossed the border into the United States previously, stricter enforcement and electronic record mean that if you have a criminal record in your history, you are now more likely to be stopped at the border and denied entry.

In short: If you have a criminal record, travelling to the United States without a U.S. Waiver of Inadmissibility is not worth the risk of being denied, arrested, detained or deported.

What Is A U.S. Waiver of Inadmissibility?

A U.S Waiver of Inadmissibility is a forgiveness or pardon for your inadmissibility issues by the United States Department of Homeland Security (DHS), so you can legally travel to and through the US. It can be used for multiple entries while valid, after which you have to apply for a new one.

The length of time for the waiver depends on the specific circumstances of each person’s application, although the waiver is typically for 1, 2 or 5 years.

Factors like the nature of the offence(s) and punishment, when they occurred and the reason for wanting a waiver are considered, as well as the wider circumstances and context.

How to Apply for a U.S. Visa Waiver

Once submitted, your application will be forwarded to the Department of Homeland Security for processing, which takes between 4 and 9 months. All in all, the entire process can be as long as 12 to 18 months.

However, it’s important to note if you are deemed to be high risk to re-offend, it is possible your waiver application may be rejected. Generally, this occurs when applicants have more serious convictions such as murder, drug trafficking and/or sex-related offences.

Furthermore, U.S. border officials can still deny entry even with a U.S. Entry Waiver. While this goes on your permanent record, unless you have been removed or departed, you will not face a bar upon attempting to return if done via proper legal means.

Technically, there are also exceptions to criminal admissibility, however, the law and its application at the border are subject to discrepancies. For instance, a single DUI conviction is not typically sufficient to deny entry into the U.S.

However, multiple DUI convictions or a DUI together with other misdemeanours may prevent entry. For this reason, we strongly advise eliminating all possible risks of barred entry and troubleshooting your application BEFORE you submit it to DHS by hiring an experienced Canadian and U.S. immigration lawyer to identify potential issues with your application.

Do You Need to Hire A Lawyer For a Visa Waiver?

You are not required to hire an immigration lawyer to apply for a U.S. visa waiver. However, U.S. immigration law is complex, and a simple mistake on your application such as missing documentation or information can cause your application to be delayed or denied. The quality of your application will determine whether it is successful or denied, as well as how long they grant the waiver. Applicants with multiple offences require more work and tend to be more complex, and usually take longer to resolve. There is also a non-refundable application cost if your waiver is denied.

Are You Ready to Get On With Your Life?

Working with an experienced Canadian and U.S. immigration lawyer ensures your application has all the required supporting documentation and stands the best possible chance for a successful outcome. For most people, the best option is to hire a lawyer instead of trying to DIY their application.

Hiring an experienced Canadian lawyer that specializes in U.S. Visa Entry Waivers can save you time, money and stress - and give you the best opportunity for your visa waiver to be granted. 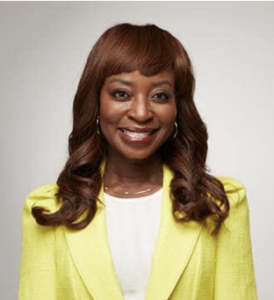 Evelyn Ackah is passionate about immigration law because it focuses on people and relationships, which are at the core of her personal values. As the Founder and Managing Lawyer of Ackah Business Immigration Law, headquartered in Calgary with virtual offices in Toronto and Vancouver. Evelyn is proud to practice #HappyLaw and smooth the way to Canada and the United States for employees, families and individuals.