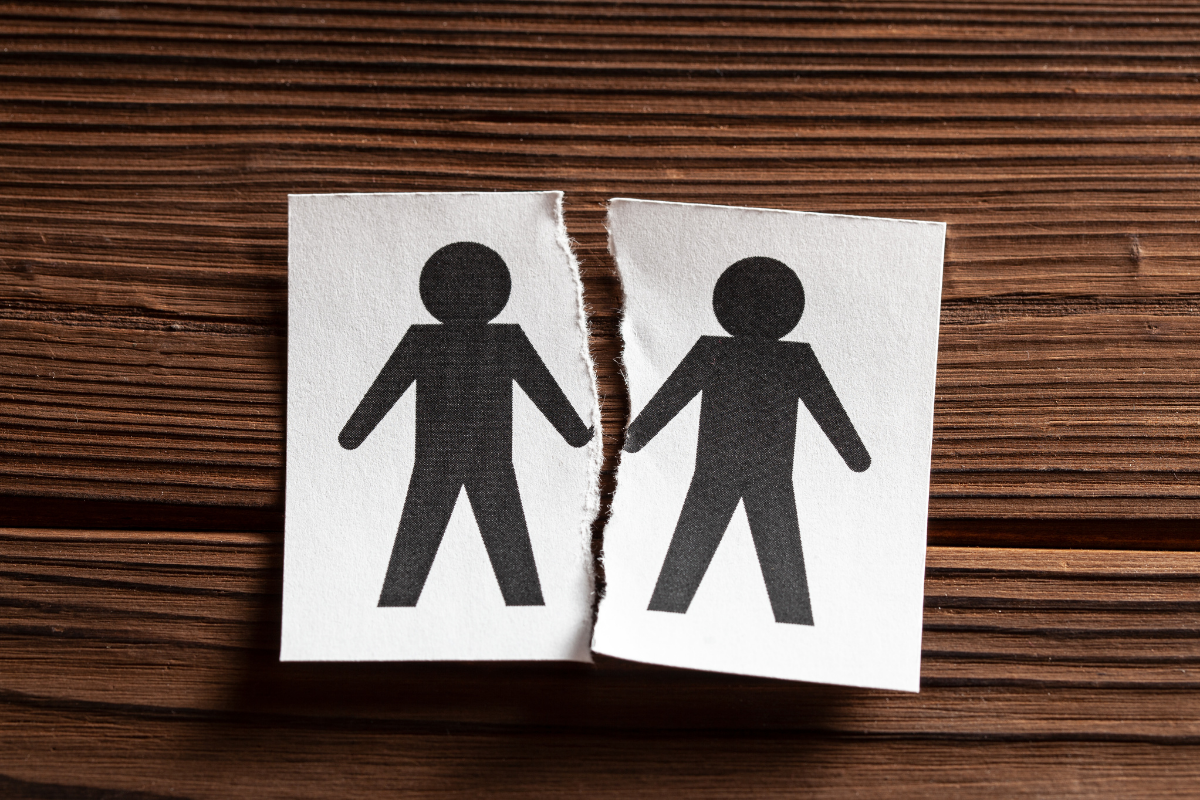 If your relationship has broken down, and you are living together but are not married, you obviously can’t 'get separated' to legally separate, nor do you need to. However, you may still have to address Family Law Act issues like property division, child custody, child support, and interdependent partner support.

The Family Law Act accords specific rights to unmarried couples who are in adult interdependent relationships, regardless of sexual orientation or identity. Let’s explain the rights of unmarried gay couples who want to separate in Alberta.

What Is An Adult Interdependent Relationship?

An adult interdependent relationship is when two people choose to live together without getting married, including, but not limited to, same-sex couples. A cohabitation of this nature gives rise to separate a number of rights if the relationship ends.. But only if they have been in a marriage-like relationship for three years (or less if they have children)

According to Alberta law, the relationship is one where the couple:

Couples who wish to enter this relationship arrangement should have a Cohabitation Agreement to provide certainty in each partner’s rights if there is a breakdown of the relationship. At the very least, an agreement helps prevent arguments about whether the relationship was “marriage-like” enough.

Without an agreement, the Court will rely on the Family Law Act and Family Property Act to determine the equitable division of assets. This also includes any claims for interdependent support from the other partner, similarly to how an ex-spouse may claim alimony, as well as child custody.

How Do You End An Adult Interdependent Relationship In Alberta?

An adult interdependent relationship of this nature may end in the following ways:

What Is The Family Law Act?

The Family Law Act deals with family matters like determining guardians of a child, parenting and contact orders and child and partner support. In the case of the rights of unmarried gay couples who want to separate in Alberta, it applies to the following situations:

What Are The Parenting Rights of Unmarried Gay Couples Who Want to Separate in Alberta?

Ideally, parents should try to make decisions about parenting time and decision-making responsibility on their own. If they can’t decide themselves, they can go to a Mediator or Parenting Coordinator for help in reaching an agreement. Going to court and allowing a judge to make decisions for them is also a possible last resort.

If both partners are the child’s parents (through a joint or second-parent adoption), they remain so. However, if only one partner is the child’s biological parent, the other partner has rights dependent on their relationship with the child.

We always strongly advise non-biological parents to adopt the child once they enter an adult relationship to protect him or herself and the child from later attempts to disprove their presumed parent status. If a child’s custodial parent’s new spouse legally adopts their child, the natural parent’s obligations are usually terminated.

What Are the Guardianship Rights of Unmarried Gay Couples Who Want to Separate in Alberta?

If you are a guardian, you will remain one, even if you and your partner end your relationship. Guardianship in Alberta can only be terminated by a court order, or if both parents agree one of them will no longer be a guardian.

Is It Within the Rights of Unmarried Gay Couples Who Want to Separate in Alberta to Claim Child Support?

Child support can be awarded to unmarried gay couples in Alberta because each parent of a child has a moral and legal obligation to support their child. If one partner is considered the “primary parent” i.e., looking after the child 60% of the time, the other parent is expected to pay the full amount based on Alberta Child Support Guidelines.

When there is no primary parent (each parent has at least 40% parenting time with the child) child support is calculated based on:

What Are the Property Rights of Unmarried Gay Couples Who Want to Separate in Alberta?

When an adult interdependent relationship ends, both partners retain their individual properties and assets. The only exception is gifts from one partner to another, in which case the gift will stay with the recipient. Jointly held property may also not be sold by one partner without the consent of the other.

The Court may consider dividing property between both parties if not doing so would ​​be unfair to one party. For instance, if one partner was the breadwinner, while the other was responsible for child-rearing or housekeeping, the court will consider the non-financial contributions made by the stay-at-home partner.

Is Spousal Support Available If a Same-Sex Interdependent Relationship Breaks Down?

The rights of unmarried gay couples who want to separate in Albert include spousal support, so long as they fulfill the criteria of being in an adult interdependent relationship. Entitlement for spousal support is established in three ways:

It’s in a couple’s best interest to get a Cohabitation Agreement before they live together because they are legally enforceable and resolve potential disputes, preventing couples in adult interdependent relationships from having to go to court. However, if you don’t have one or need assistance with applying for support, child custody, and asset division, a family law lawyer can help protect your rights.

The breakdown of a relationship can be difficult emotionally, financially, physically and in some cases even traumatic. Canada’s family laws are governed by federal and provincial laws. Family lawyers represent their clients in court and negotiate disputes between spouses and family members. Charles Fair has been practicing Family Law for nearly 30 years. Fair Legal handles all types of separation, custody and family legal matters to protect your children, property and you.

Give me a call and I can put my years of experience in divorce and family law to work for you.