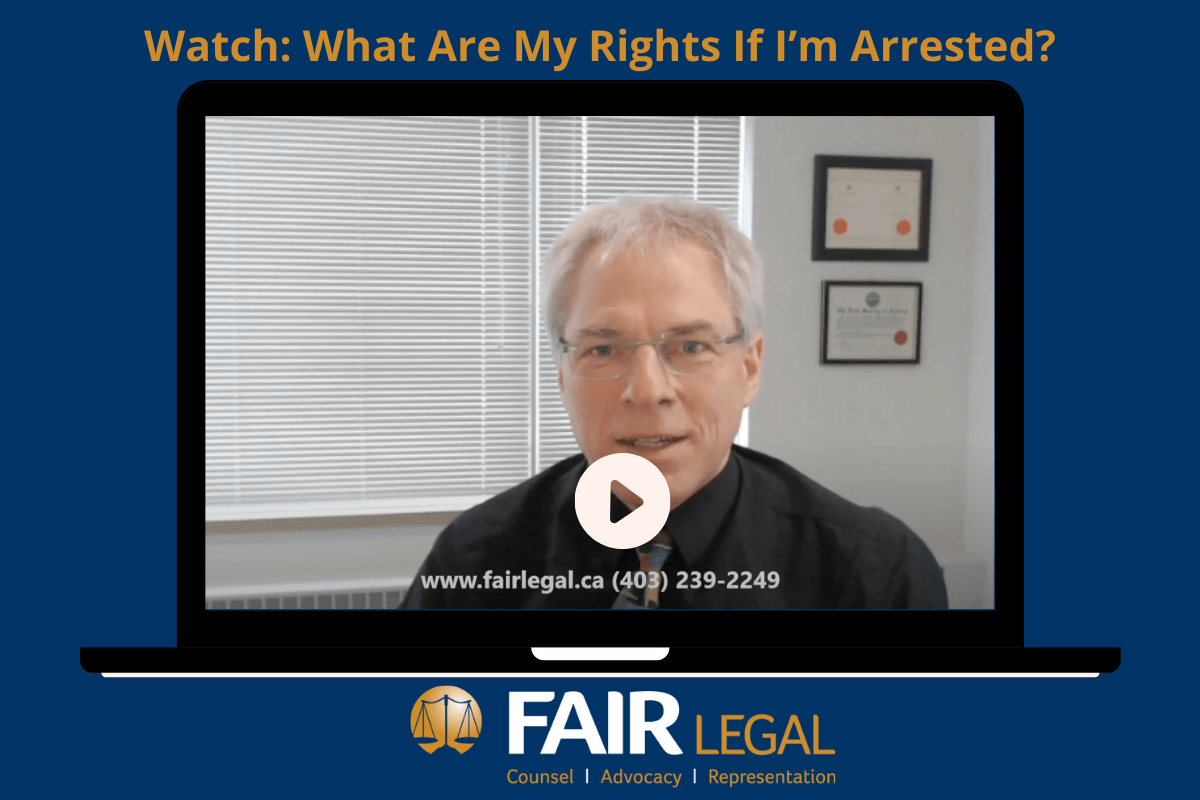 Calgary Criminal Defence Lawyer Charles Fair, founder of Fair Legal, explains your rights if you are arrested - plus what to do and what NOT to do when talking to the police.

Watch: What Are My Rights If I'm Arrested?

You've got several important rights when you get arrested.

If you've already talked to a lawyer and if they continue to ask you some questions and you continue to answer those questions, then you've kind of waived your right.

And the police don't interview you in a nasty, aggressive way. They will come across as very nice. They want to be your friend, give you an opportunity to tell your side of the story. They don't need your side of the story. They've decided to arrest you. They already have a theory of the case that you'll find out eventually. You don't need to prove or disprove their theory of the case. And they don't even have to tell you what that theory is, and they certainly don't even have to be truthful about what they're thinking the case is.

But anyway, back to the nice, nice police officer. Very rarely will you see a good cop / bad cop routine. You will just see a good cop routine, and the interviewer will ask you questions about whether you talked to a lawyer, confirm that you did, and they'll ask your name. They won't ask you what your lawyer told you, but then they'll start asking some other innocuous questions, and at that point, if you keep answering questions, they'll keep asking the questions.

So if you've been told by your lawyer to exercise your right to remain silent, then do just that. Resist the temptation to make the police officer's job easier by giving him more information.

It's important when you think you're going to be arrested, call Fair Legal at 403-239-2249 to schedule a consult so you know more about what to do when you are arrested.